Hitam was confiscated from the Lamandau river region of Central Kalimantan and is now cared for at OFI’s Care Centre & Quarantine facility.

She was estimated to be five years old upon arrival, having spent her formative years kept in a small cage as an illegal pet. She was fed nothing but rice and milk during her captivity. Her canine teeth were deliberately ground down by illegal wildlife traders when she was still a very young cub to make her a more appealing proposition for sale as a safer “pet”.

Due to this terrible nutrition, Hitam, who should be the size of a fully grown sun bear, is only the size of a one-year old cub. Her bones have not grown as they should. Her pelvic canal opening is only 1cm across, whereby a normal sun bear should be 4 – 5 cm.

This results in Hitam being in constant, excruciating pain – defaecation is a tortuous exercise. She rolls around on the floor, panting and straining, clearly in huge discomfort.

This chronic condition needs to be managed on a daily basis.

Something needed to be done urgently as the future looked grim for little Hitam.

Kobe Steele, President of OFI Australia,  approached Australian veterinarian Dr. Stephen van Mil, to help us determine if a permanent solution for Hitam could be realised.

We are delighted to report that Gordon has also fully embraced this project. Gordon is in the process of having an orthopaedic plate specifically designed and built for Hitam by Mr Girius Antanaitis from GA Medical. His plan is to perform a triple pelvic osteotomy and use the plate as a bridge to permanently open Hitam’s pelvic canal to a normal size.

Dr Larry Vogelnest, Senior Veterinarian at Taronga Zoo in Sydney, has also agreed to come on board to assist Gordon with the surgery. Larry’s expertise with sun bears, and his work with them in Cambodia and Sumatra, is invaluable. His knowledge for pre-op meds, anaesthesia, pain relief and post-op recovery, including nutrition, is simply world-class.

The aim of the surgery is to create as normal a pelvis for Hitam as possible, giving her a pain-free life.

Veterinarian and filmmaker Dr Stephen Van Mil will lead the team, assist Gordon in surgery and supervise filming for a documentary based on Hitam’s story and surgery.

We Need Your Help!

We are so grateful to this extraordinary veterinary team who are donating their time to perform this world-first surgery.

But we need help to raise funds to get them to Borneo and cover the costs of surgical and medical equipment, medications etc. and most importantly, aftercare for Hitam. She will spend a few months in a specially built recovery pen, with intensive care and a range of medications to keep her free from infection and pain.

We would be so so grateful for any help you can give. 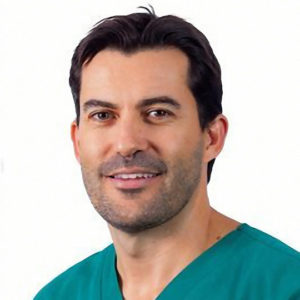 Gordon Corfield graduated in 1996 from the University of Queensland. He started out in dairy practice in Victoria before moving to small animal medicine in 1998, working in Brisbane, England and Sydney.

In 2008 he moved back to the Gold Coast and has been working at Veterinary Specialist Services (VSS) ever since. He became a director of VSS in 2013. Gordon is also the current head of the small animal surgery Subject Standards Committee.

Gordon is passionate about providing quality medical care for pets and promoting a team based approach to veterinary medicine. “Advances in surgical and medical techniques and procedures is facilitating more options and speedier and more complete recoveries for our pets. This is a very exciting time to be in our profession.” Gordon is actively promoting a ‘hip clinic’ and believes, as shown in people, that hip replacements result in a dramatic improvement in function and quality of life for the appropriate candidates.

Orthopaedic and spinal surgery are a particular passion for Gordon. 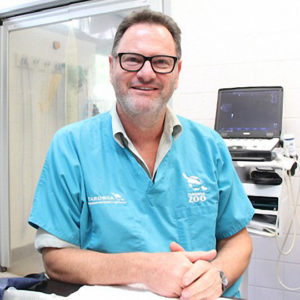 Dr. Larry is the Senior Vet at Taronga Zoo in Sydney and graduated with a BVSc degree from the University of Sydney in 1984. He then worked in mixed private practice before travelling overseas and working in England.

On return to Australia he worked in an avian practice in Sydney before starting as a Veterinary Intern at Taronga Zoo Sydney in 1990.  During this time he completed a Masters in Veterinary Studies in Wildlife Medicine and Husbandry.

Since completing his internship, Larry has been employed by the Taronga Conservation Society Australia and is currently the Senior Veterinarian at Taronga Zoo Sydney. Together with a multidisciplinary veterinary team, he is responsible for the health of the Zoo’s animal population and sick, injured and orphaned native Australian wildlife admitted to the Taronga Wildlife Hospital.

In 2009 Larry was awarded a Public Service Medal for his contribution to conservation medicine and service to the Taronga Conservation Society Australia.

Larry specialises in the health and reproductive management of small populations including ex situ breeding programs for endangered species. He has participated in and advised on both in situ and ex situ components of numerous conservation projects, both in Australia and overseas.

Dr. Geoff Wilson – Veterinarian/Philanthropist and Adventurer – is a formidable opponent of the monotonous and mundane, having lived an extraordinary life full of awe inspiring adventures.

Geoff, who is Founder of the VetLove clinics in Australia, has operated in all areas of veterinary science for over 20 years. He earnt his vet stripes buried in the cold mud of South Gippsland delivering calves and treating penguins on Phillip Island.

A passion for soft tissue and orthopaedic surgery and inspiring his veterinary teams to be the best they can be professionally and personally, has seen Geoff collaborate his knowledge from a small solo vet clinic, to working in a large corporate environment to obtain an array of experience with a 360 view of the industry.

Geoff’s not in this life for the glory or the accolades … but more so for the love of adventure and his unrelenting willingness and commitment to help others. Whether it be raising much needed funds for his favourite charity, the McGrath Foundation; or nursing our fur babies back to health, a large proportion of Geoff’s life has been spent giving back in the name of humanity and adventure. 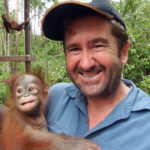 Stephen fulfilled a boyhood dream when he completed his degree in Veterinary Medicine and Surgery. Growing up with David Attenborough, Harry Butler, James Herriot and Gerald Durrell as his heroes, animals were always his passion.

He built and operated a number of Veterinary Hospitals in Sydney, whilst also working as a presenter for Channel 9’s Today Show, as well as regular magazine and radio contributions.

Stephen was a founding director of Assistance Dogs for Independence. He has been the Patron of Zoo Peru and Wilderness Warriors, and co-founded Orangutan Foundation International Australia. He has led many ecotours into Borneo, as well as Africa and the Amazon.

His many travels in the animal world, and his media background led to him producing White Lions: King of Kings for Discovery/Animal Planet, Saving Orangutans/Ten Network Australia, and the multi-award winning Mel Gibson narrated documentary The Last Trimate, featuring the life work of the extraordinary primatologist and OFI President & Founder, Dr. Birute Mary Galdikas. 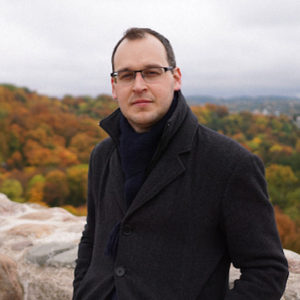 Girius Antanaitis is an Industrial Designer and the creator of the pelvic implant for Hitam. He has a passion for developing veterinary life-saving products, surgical apparatus and devices for the healthcare of wildlife, birds, marsupials, fish and marine mammals – passing on humane practices and unique instrumentation to animals that may generally be under-serviced, neglected, endangered or are generally “not” cute, cuddly creatures and therefore overlooked.

He established GA Medical Veterinary, a company that specialises in his passion of medical device design. Working with various wildlife hospitals and zoos, he has developed many instruments and life saving apparatus that assist veterinarians with the healthcare of their animals. 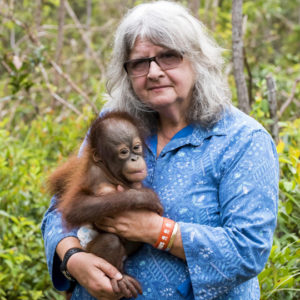 Scientist, conservationist, educator. For over four decades Dr. Biruté Mary Galdikas has studied and worked closely with the orangutans of Indonesian Borneo in their natural habitat, and is today the world’s foremost authority on the orangutan.