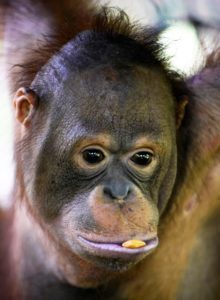 Charlie is still bursting full of energy and bravado. As another day in the Learning Forest begins, he bounces around the jungle gym, clambering in nets, swinging through tyres and over whatever else is in the way. Charlie takes it all in stride. When it comes to the forest, however, Charlie is slower and more purposeful when there has been some heavy rain. It seems we have a contender for the Olympics here, as Charlie practices his pole-vaulting skills in the muddy pools that saturate the ground. He will lean the stick in the mud and propel himself forward through and over it. He is not always the most graceful, but it gets the job done.

Charlie likes to cast himself in a leadership role. If there is any ruckus, he will be on the front line. If there is an unfamiliar human (or animal) around, Charlie stands his ground, or we should say, stays in his tree above the ground. When it comes right down to it, Charlie becomes a little hesitant, but not wanting to lose face, he finds the courage he needs. He throws sticks at the trespasser, sending the message to him/her of who is in charge and that he is not budging. When he thinks nobody is looking, Charlie’s bravado slips away and he likes to suck on his toe, akin to a child sucking a thumb; it seems to bring him comfort.

Charlie has continued to grow bigger and bigger over the last six months becoming quite the handful for his caregivers. Once home time comes around, he clambers onto his caregiver Ibu Leti’s back. As Charlie gets comfortable, she finds herself thrown off balance and slips into the squelchy mud. They both topple over and splash down into the mud covering themselves with copious amounts of mud in the process. Charlie is straight back up and begins involving other caregivers in the “fun” by climbing on them. They wouldn’t want to be left out now would they?

Mud seems to be a recurring theme for this young orangutan. On other occasions Charlie can be seen making a nest in the mud out of leaves and detritus. Hopefully soon he will transfer these skills up into the trees where he will be much safer upon his return to the wild. This big orangutan is growing up fast but he is still young at heart. He still has plenty time ahead of him to grow up. 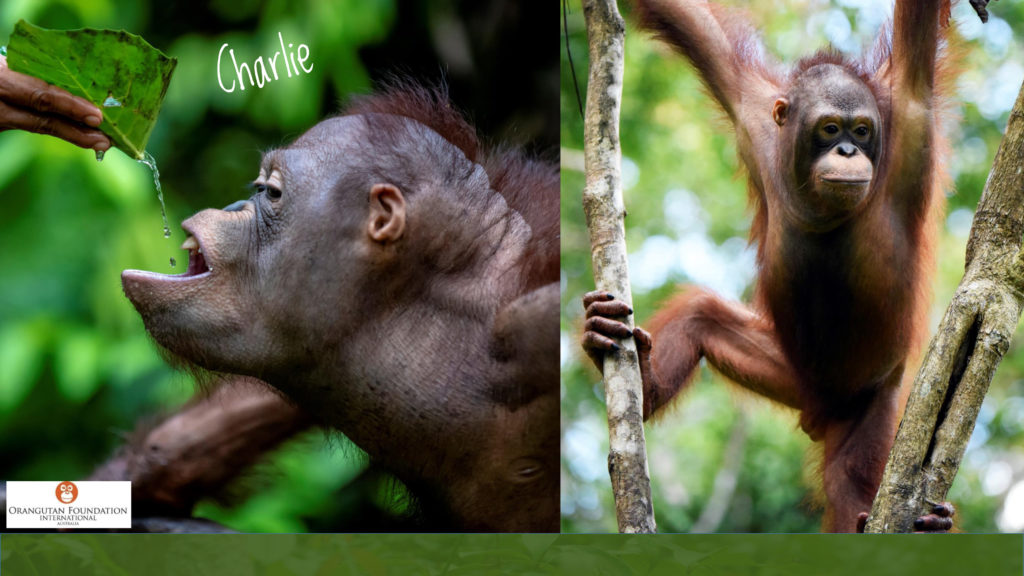