Ryan continues to grow and demonstrate his perspicacity daily. A release with Ryan can be a hectic affair. It can be a little disorientating as he is as fast as lightening. On daily releases the caregivers carry the orangutans on their backs to a clearing where the orangutans dismount. Ryan, believing everyone is following him, heads off one way but suddenly notices he is alone, so he sheepishly doubles back to look for the other orangutans. He enjoys the company of others and is determined to play with them even when they feel otherwise. As he locates them, Ryan puckers up his lips playfully. Ryan plays with whoever and whatever he comes across in the forest eating plenty of leaves and investigating the Earth thoroughly. He will spend equal time above and below the canopy exploring or playing with friends Tungka and Mason. To the untrained eye he may look like he is blundering around aimlessly, but Ryan is just trying to experience everything all at once.

Ryan is a very dominant orangutan. He doesn’t take kindly to attempts to corral him. Goose bumps appear on his chest and neck signalling his displeasure. He is now ready to assert his dominance. He is intelligent and knows if his caregivers are trying to make him do something he is not interested in doing. He will do everything in his power to do the opposite of what they want. This usually happens at the end of the day when it is the time to return to the sleeping enclosures. A bite from a young male orangutan is nothing to joke about so Ryan has to be handled with care.

The day reaches a point where every orangutan must take a break and finally settle down. It gives everyone concerned a chance to get their breath back. The respite is needed as it’s not long before the whole cycle will begin again. It may be hectic but with Ryan there is never a dull moment. 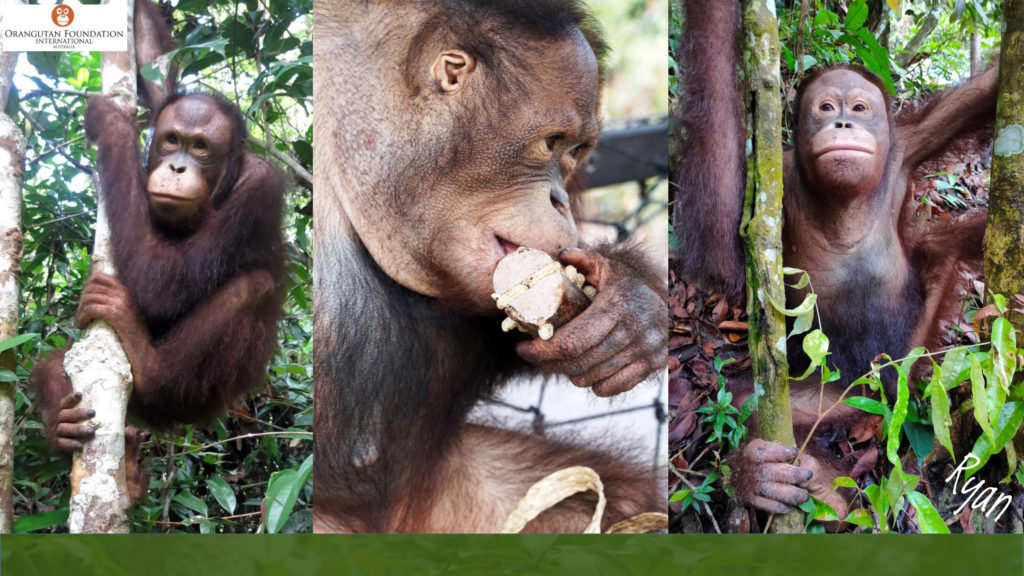