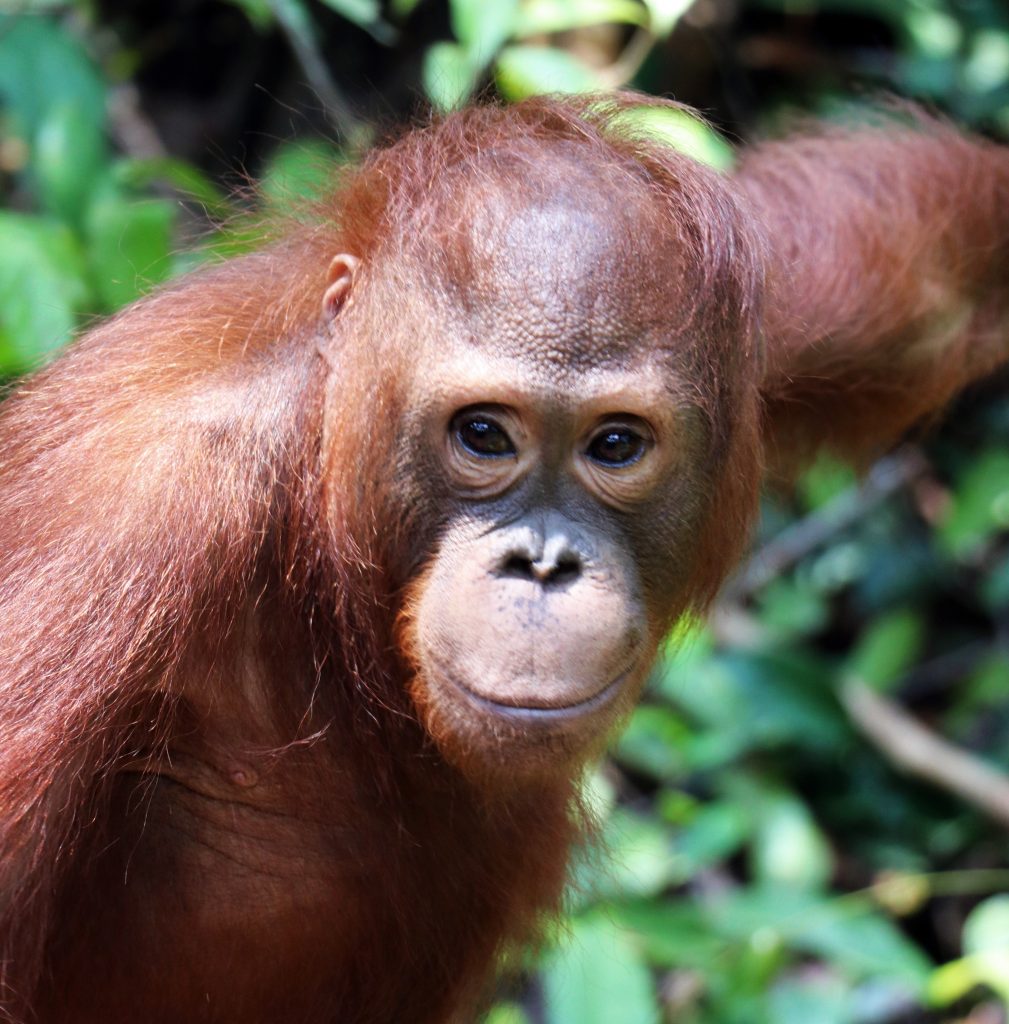 A stray coconut falls to the floor unnoticed by all but one orangutan orphan. From his sleeping enclosure Tommy already has his laser-like sights set on it. He waits patiently until it’s time to strike. The staff opens the door and in one swift motion Tommy races over and grabs the coconut. He peels back the layers and drinks the refreshing water within. Tommy gives his full attention to this task exercising a focus that most of his orangutan friends of the same age seem to lack. His caregivers allow him this moment of gratification before they gently nudge him along for another exciting day in the Learning Forest.

Tommy is now fired up and spends some time clambering over his caregivers trying to explore their backpacks. He is gently rebuffed and is carried on their backs into the Learning Forest. During the rainy season the Learning Forest can be a watery minefield to cross but offers little trouble to Tommy. He dismounts from the back of one of his caregivers and effortlessly strides through the quagmire as his caregivers, precariously balancing on logs, struggle to keep up with him.

Once in the forest Tommy can be found in the thick of it, figuratively and literally, as he is surrounded by his playmates, shrubs, and ferns. He loves being in the heart of the action. Tommy has recently started focusing on Dodot, which we can refer to as his “crush.” After all he is around that age where girls are becoming more interesting. Tommy is often seen attempting to woo her with his charms and attempting to engage in play. When not playing lothario, Tommy has been gradually breaking away from the confines of his predominantly male group. He will venture ever so slightly outside of his comfort zone, taking small steps into a larger world.

Sometimes his curiosity gets the better of him. Recently Tommy climbed high up into the canopy to investigate a mysterious buzzing noise. He came across a bee hive and wanting to see what lay within, struck it with his hands. Bees immediately flew out on the defence, surrounding the unsuspecting, hapless Tommy. He beat a hasty retreat and learned his lesson! He didn’t seem to be stung particularly badly but never ventured close to that particular tree again.

With each passing day Tommy discovers more about himself and the world around him. His boundless enthusiasm shines through in all that he does. We are confident his good nature, focus, and winning personality will steer him through any difficult or new situation that he comes across as he gets older and larger. 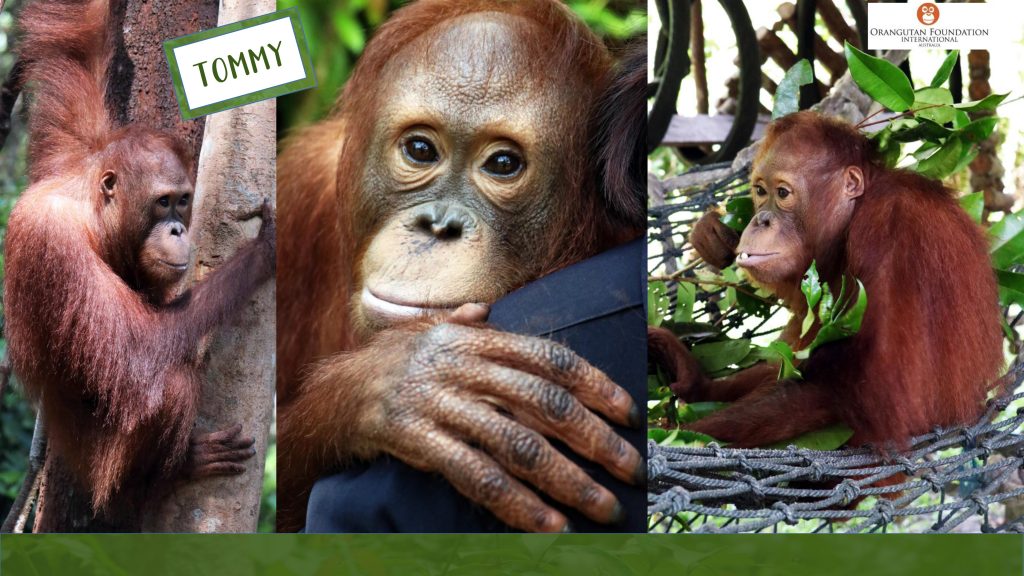