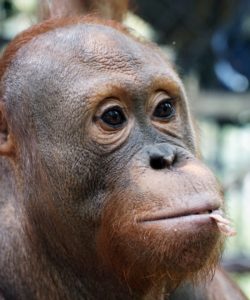 There has been a world of change for Tommy of late. He has been moved from his familiar home Pondok Dua over to a new Pondok (camp) where he has started the next stage of his rehabilitation. The advantage is that the new Pondok is closer to the forest so Tommy can begin his day in the forest even sooner. Moving home can be very stressful, but luckily for Tommy his best friend Valentino moved along with him. There was no way these two could be split up. Whenever they are out together, if you find one, the other is sure to be close by. Along for the ride are old friend Nash and a new friend Hayes. The four young males share a sleeping enclosure and get along well.

When he first moved home, Tommy seemed a little confused and missed the familiar surroundings of Pondok Dua. On one of his first releases in his new surroundings Tommy journeyed far off into the forest and disappeared for a whole day! He was finally found near the Quarantine area, not too far from Pondok Dua. This hasn’t been the last time Tommy has made off into the forest either. While his tenacity and willingness to journey out on his own is reason for celebration, we don’t want to lose track of him or for him to go near the Quarantine area. The adult males there may not take too kindly to him being around. When he is corralled by his caregivers Tommy simply looks up at them as if butter wouldn’t melt in his mouth and all is forgiven.

Otherwise Tommy is still as exuberant as he ever was. He is able to track down where the tastiest ants are, and he can open a coconut in no time. In the dry season the days are hot and long. When there is no rainfall, forest school can be a tiring affair. A cool refreshing coconut on return to the sleeping enclosure is just the thing to remedy this situation. Tommy tears into the coconuts readily while Hayes watches. Hayes can either be described as smart or lazy, as he allows Tommy to rip off the outer shell of the coconut before Hayes then takes it for himself, the hard work having been done for him. Tommy doesn’t seem to mind as he grabs another coconut and tears that one open too.

The last 6 months have been a big time for Tommy. He seems to be adjusting to his new home slowly but surely. We look forward to keeping you informed of his progress and what shenanigans he will get up to next. 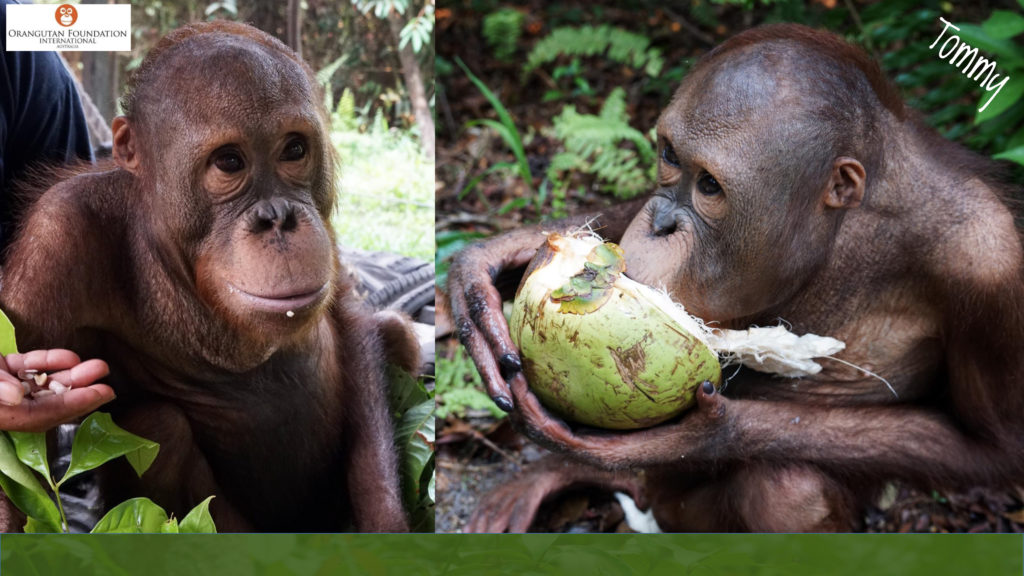