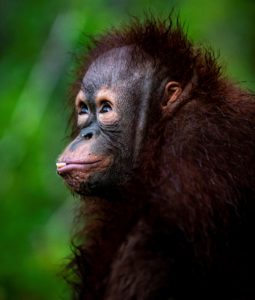 Today a lone small orange figure sits on the wooden boardwalk leading away from Camp Danielle, the infant nursery. He looks around taking in the forest around him. He eschews the playground where his peers are currently playing. He wonders what lies beyond this area he calls home.  Jeffrey Jr can’t help himself. He loves travelling and exploring. It’s in his nature – a thirst that simply won’t be quenched. His caregivers enter the scene ready to tell him he has to come back. The more he is told he can’t have something, the more he wants it.

The last six months have seen him develop at a breath-taking pace. Jeffrey Jr is like the friend who drops in and out of our lives. He goes away on his travels but always pops back again and has something interesting to show or tell. He always seems to return to the playground with some knick-knack that he has found in the forest. But he still likes to be kept abreast of goings on. On his return from the forest, if he notices his caregivers have spread some treats or branches around the playground area, he throws himself into the midst of things to check them out.

He is continuing to grow bigger and bigger. He is the first in line in his sleeping enclosure when milk is on offer. Here he performs his party trick, swishing it around his mouth and puffing up his cheeks. He does this for quite some time before finally swallowing it. It’s as if he is trying to store it for winter but he’s in luck, as winter isn’t coming any time soon!

Back to today and along the boardwalk Jeffrey Jr begins to move away from the camp but he is suddenly scooped up into his caregiver’s arms. As the caregivers guide him back to camp we see that Jeffrey Jr is still young at heart. He adores the affection, grabbing his caregiver with all four of his limbs. He looks longingly at the boardwalk leading to lands hitherto unknown. Today may not be the day, but the look of determination that crosses his face lets us know that he intends to make it there someday and we will keep you updated as he edges ever closer to it. 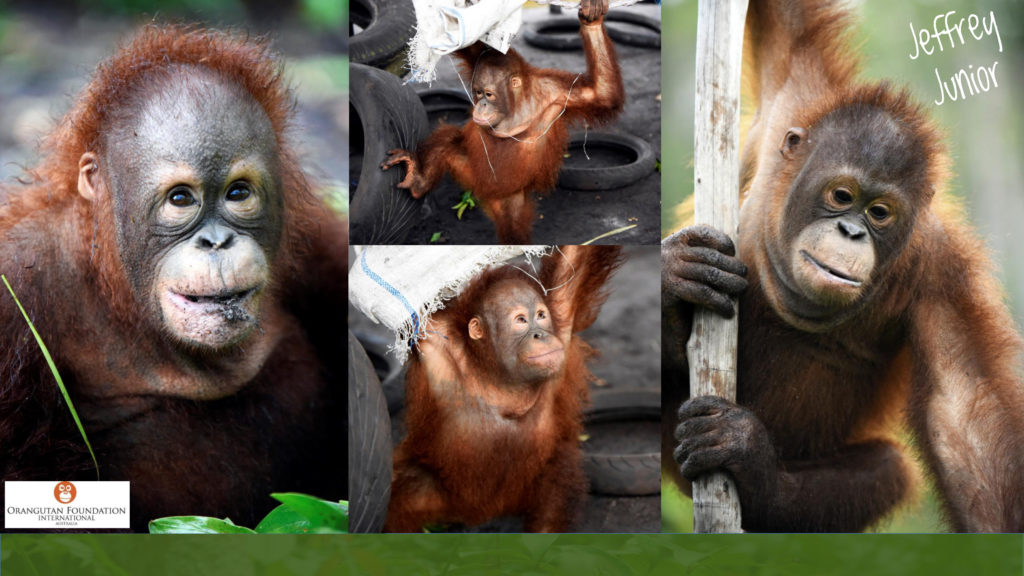