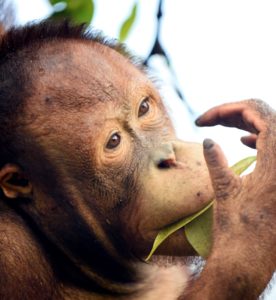 After making a big change last year that saw Ryan move from his familiar facility (Pondok Dua) to Pondok Medang, you would expect him to take his time and gently feel his way into his new surroundings. Some orangutans adjust to change better than others while most need time and a softly-softly approach. Not Ryan! He has taken it all in stride, fitting in as if he had always been there. No orangutan is too big or tree too tall for this one. Ryan quickly became accustomed to a new routine at Pondok Medang with characteristic confidence.

Ryan is still the same old plucky orangutan, and by plucky we mean that he will still readily pluck anything from your hands if you’re not paying attention! Capable of unbridled warmth and heart tugging affection at one moment and adrenaline fuelled crashing around the forest the next, Ryan is still the juggernaut he ever was.

His caregivers sometimes struggle to keep him within their sights as his enthusiasm for the forest hasn’t dulled with age. Suffering from what could be called a terminal case of forest fever, Ryan shoots off into the trees whenever he can. The only cure to this seems to be plenty of exploration and play. If you lose track of Ryan in the forest a tell-tale shaking of a bush or snapping of branches will be your guide. He will stop at the top of the trees and make the semblance of a nest once in a while, which is a nice reminder he still retains these essential skills. It is good to see he is able to engineer a new home if need be, but he doesn’t have to worry about that quite yet. He doesn’t just immerse himself in the forest either; in his sleeping enclosure also you can just about make his face out as he lies on his back in the evening in his sleeping enclosure under a pile of branches given to him for nesting  by the enrichment staff.

Ryan has changed his surroundings, but we are happy to see that it hasn’t changed him. There is never a dull moment with this energetic and beguiling orangutan. As long as he will allow us to keep up with him, we will keep you up to date. Stay tuned! 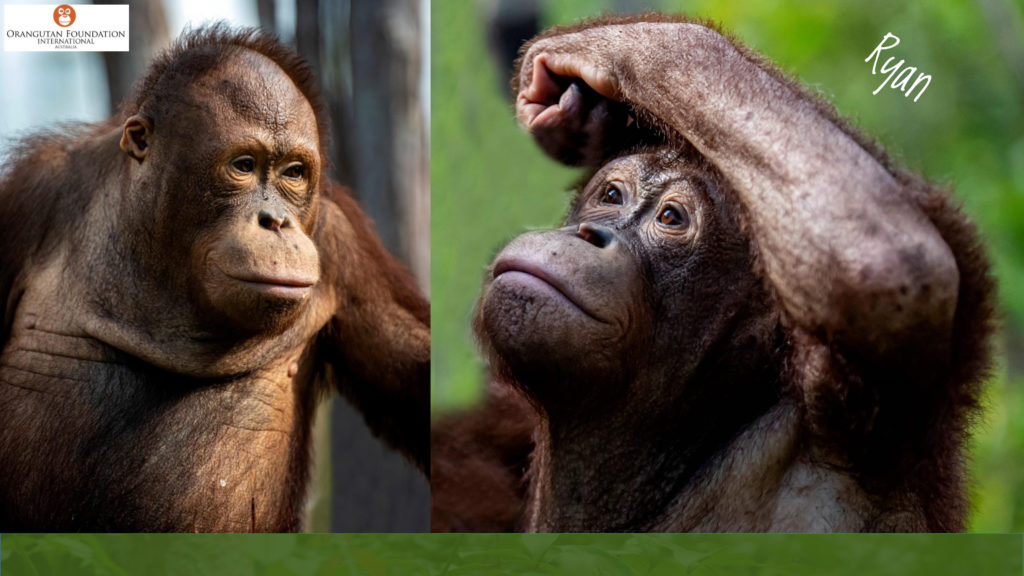