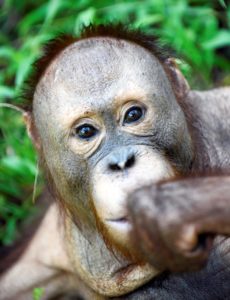 Some orangutans have thick and long, luscious ginger hair flowing down the body. Others are less well-endowed and seem to have an eternal bad hair day. Six months ago, Tommy had finally grown a fine body of hair, but no sooner had he grown it then he seemed to have shed most of it. The bald fact is that there is nothing to worry about! Tommy may look a little plain on the outside but inside he is still the same old vibrant Tommy.

Tommy still journeys far into the forest reaching high up into the canopy to do his orangutan thing. That includes confidently making nests with what he has in hand. It’s not just nests that he is making, as he is forging new friendships too. His best friend at the moment is Valentino; they are almost inseparable as they wrestle and play together. Valentino and Tommy both look out for each other, leaping to one another’s defence if they think there is trouble brewing.

Tommy is still very curious and doesn’t want to miss out on anything going on. With Valentino by his side, he will head over to investigate any happenings. He makes his way steadily to the front of the crowd but maintains a somewhat stand-offish demeanour. While Tommy’s other orangutan friends like Charlie make a spectacle of themselves, Tommy doesn’t aim to stand out from the crowd. He enjoys his time in the forest and tries not to concern himself with the problems of others. He has an inner poise and assuredness that flows through every action.

As Tommy’s body and temperament grow bigger, we’ll just have to wait and see over the next six months how Tommy’s hair grows out too. Maybe next time we’ll be able to say he is a “big wig” at Pondok Dua! 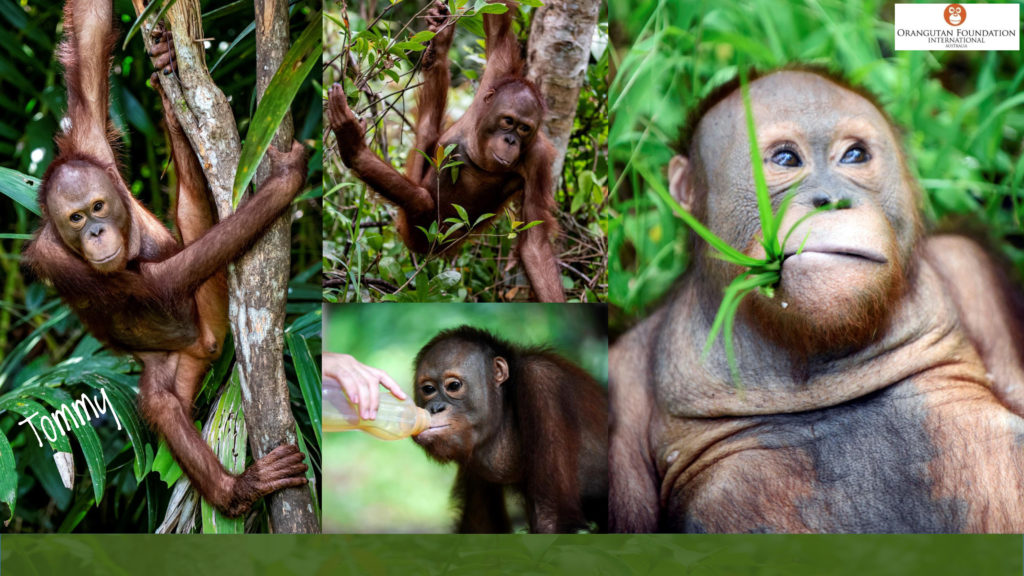