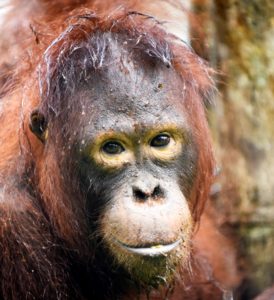 On a hot day Kobe is looking for a way to cool off. During the dry season that can be a hard task. She finds the shade of the playground a good starting point. Finding little shelter from the heat here, she moves off into the trees and clambers up a vine. She looks at a nearby tree and resolves to reach it. She swings back and forth but falls a bit short. Deciding to go all in, Kobe swings and leaps to grab the tree. It looks like she will make it, but she has misjudged the distance again and falls short. She crashes into a pile of ferns that break her fall. Quickly she brushes herself off electing to style it out and carries on as if nothing happened, hoping nobody noticed. As she hangs from a stray vine you can see her disappear off into her own little world.

Next, she moves to the top of the tree where fellow orangutan Leona is perched. Together they head out on to the branches, but Kobe is still not satisfied. Kobe is forever moving, never settling. She ventures further with Leona in tow. Kobe is normally happy to keep to herself, but her playmates join her whether she wants it or not. Another fellow orangutan Karti also joins them to create a trio and all three march as one as Kobe continues to move.

It’s then that Kobe finds what she is looking for, what else but a pool of muddy water. Some overnight rain has paid dividends. Kobe immediately hops into the water for a blissful mud bath. She has a checklist of what to cover – bottom half of body, check, face, check, hands, check. Once this is accomplished Kobe is content. A Turkish spa is probably her idea of heaven. Younger orangutans love to play in the mud and Kobe has finally found somewhere to cool off. Now she is happy to play with Leona and Karti as the three merrily splash around.

It’s not long before Kobe is off again. Her restless spirit is always on the move. One day she may settle, but until then she’ll just keep moving on and we’ll keep moving with her. 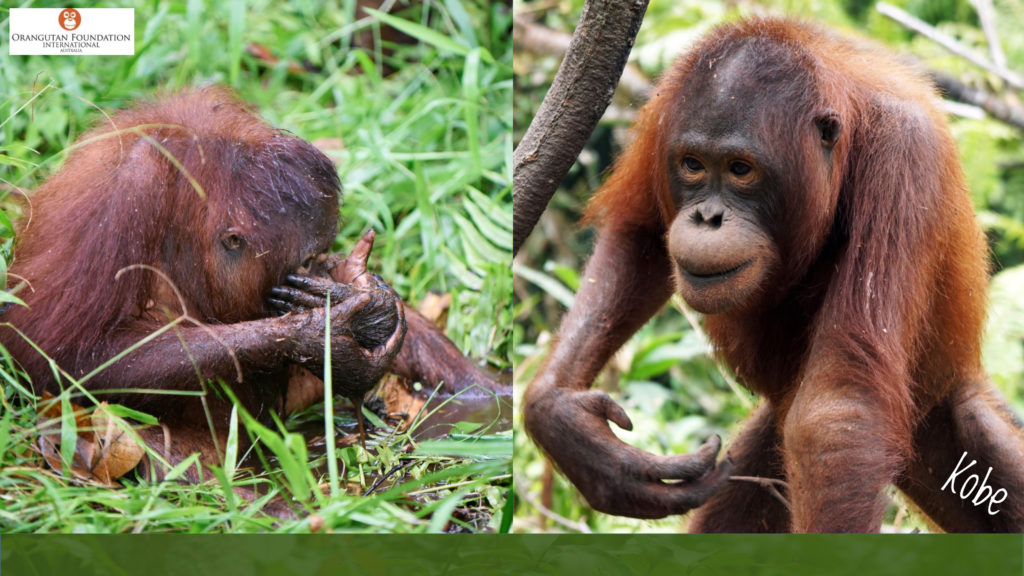